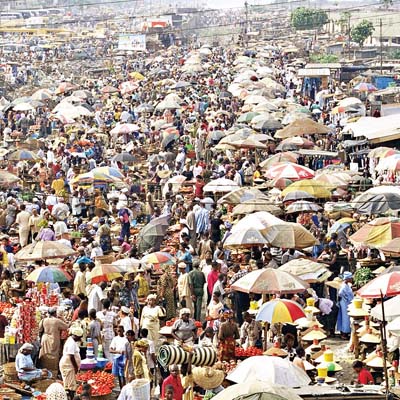 Globally, the principle pillars on which democracy is cast is credible election, principle of transparency, people oriented policies as well as strong institutions strategically positioned for effective independent functionalities where checks and balancing is cardinal.

Nigeria, despite boasting a large chunk of intellectuals was under the jackboots for most of her independence.

Many can recall how scary military rule was in Nigeria, before few people chose to take the bull by the horn by championing mass movements to liberate the country. Little wonder, the world rose in unity to celebrate the arrival of the government of the people, by the people and for the people in Nigeria in 1999. The likelihood of over 150m people scampering across the world in the event of war compelled the powers that be to rally in support of civil society to enthrone democracy in Nigeria.

So, why are the civil society and other independent leaders of thought turning deaf ears to the cry of long suffering Nigerians at this time?

Wole Soyinka in what sounds like an apparent reference to the present state of affairs noted in ‘The Man Died: Prison Notes of Wole Soyinka’, that “the man dies in all who keep silence in the face of tyranny.”

READ  COVID-19: Enugu State Govt. partners with CWO, others in distributing palliatives to the poor

The high insensitivity feelings surrounding the many policies the Buhari led government has amassed especially within this period of economic uncertainties and seeming economic depression has remained a baffling reality.

What beats imagination is how the many vociferous characters who has posed themselves in the past few years as the mouth piece of the people and social crusaders for justice, equity and transparent leadership  has remained utterly mute in the face of increasing tyranny and            anti-people policies of this current government.

From the social media bill to the hate speech law including the CAMA law and now the water resource bill which has began generating heated arguments  because of its anti people posture, it has become obvious that the handlers of the current administration is doing her possible best to gag Nigerians with draconian laws and policies.

Notwithstanding that the nation is just dragging itself out from the economic hardship occasioned by the Corona virus pandemic following the 5 months of lockdown leading to an economic shutdown, this administration took a quite wicked step to initiate a 100% increase in electricity tariff and a mindless increase in  fuel pump price. This does not only underscore the development and change mantra this administration adopted as they campaigned for the votes of Nigerians in 2015 and 2019 respectively; it also lends credibility to the accusation from certain interest that they only came for the acquisition of power and nothing more.

READ  Explained! Traditional vs. White Wedding: The issue of supremacy

Looking at the situation of the country currently, it has become a case of hopelessness and depression. Many homes can barley feed, millions have lost their jobs, corruption has gone up the roof and perpetration has become disgustingly brazen.

At a time when other nation are taking up measures to inject many stimulus package into their economy with an expanded palliatives and subventions for her citizenry to boost the purchasing power of her people and keep the economy afloat, Nigeria and her handlers however thinks otherwise. They will rather squeeze her people to the very end and any attempt to speak up against the anti-people policy, you will be tagged either a hate speech monger or a threat to national security.

However, this is not the time to keep silent. For every leaders of thought cutting across the civil society, religious circle and traditional stools, this is the time to rise and stand with the people against the many ill advised policies of the government which is rather having a dangerous ripple effect on the general populace. With the rising cost of food and other essential commodities as well as biting expensive living conditions, no one is exempted from the economic distress the country has slide into.

We call on general conscious action from our many leaders of thought to speak up now. Let us not be cowed into silence. the pressure need to be intensified on the handlers of this country to retrace steps about to be or already taken in policy making which is bound to become or already has become a torn in the flesh of  the people. This is democracy and systemic questions should always be asked to help put governments back in the right track.

Just like Dietrich Bonhoeffer will say; “Silence in the face of evil is itself evil: God will not hold us guiltless. Not to speak is to speak. Not to act is to act.” 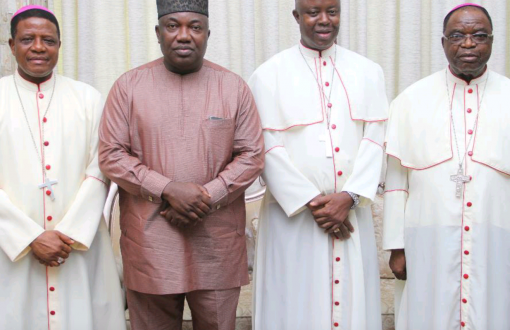 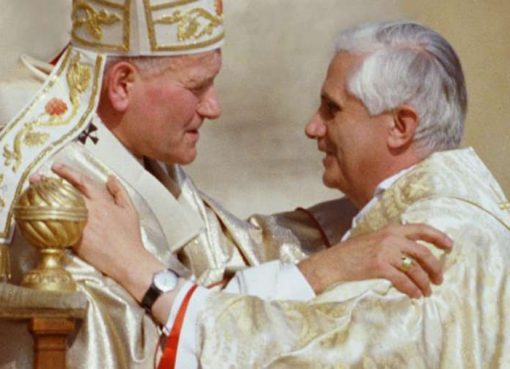 Pope emeritus Benedict XVI commemorated the centennial of the birth of Karol Wojtyła, who became Pope John Paul II, in an open letter to the Polish people addressed to Cardinal Stanisław Dziwisz, who
Read More 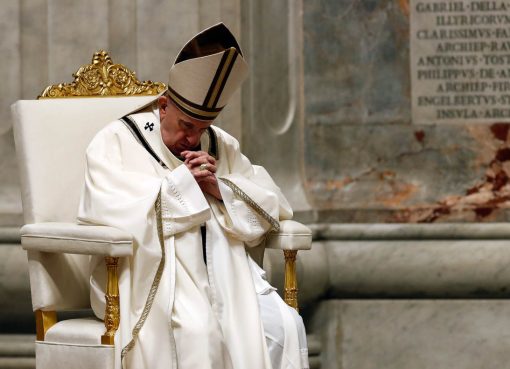 Pope Francis releases a video message accompanying his prayer intention for September, which this month is for respect for the planet’s resources: that we “take care of Creation responsibly”. In hi
Read More