STORY 1: I just sat there gazing into her eyes as she narrated the story of her failed relationship, a relationship she’d not only given her best but her all. She told me how far they’d gone and how much she was in love with him. Sadly, it became crystal clear to her that she’d been living in a fool’s paradise, given that he was also seeing someone else, so much that he’d already proposed marriage to the other lady. Then came those killing words, “It’s over between us.” To merely say she was devastated is to say it lightly. To say the least, her life caved in, collapsed, and fell apart, such that nothing made sense to her anymore. She couldn’t work, couldn’t study, and just couldn’t do anything.

Things dramatically turned around when a friend of hers got her to read Joyce Meyer’s “The Confident Woman.” Needless to say that that book was all she needed to bounce back, to realize that happier days are ahead of her, such that she could now look back at that hitherto grounding experience with gratitude.

And I dare to ask, what was it about Joyce Meyer’s “The Confident Woman” that orchestrated such a turnaround?

STORY 2: My friend Nene (name changed) got broken, too. Hers was even worse. Already engaged to her fiancé and was all set to head for the altar safe one thing, to confirm their genotype at a designated hospital. Imagine that her AA turned AS. Also imagine that her fiancé’s AA also turned AS. Their genotypes didn’t change because someone from their respective villages pulled a black string on them; it turned around because the medical personnel/facility that did them previously erred. And AS + AS = No marriage. She was broken into pieces. It was that bad.

At the time of our discussion, she could already tell the story amidst laughter and nostalgia. She had read a book, one her brother lent her, Harold Kushner’s “Overcoming Life’s Disappointments.” She told me the book did the magic and dared me to give it a read. While I read that Kushner’s book, I clearly saw what the book had done to her. In it, she had seen how Moses the servant of God picked up the broken pieces his dream, boxed it in the Ark, and moved on.

How could a book do that?

STORY 3: In a very memorable TED talk she gave in 2009 titled, “The Danger of a Single Story,” Chimamanda Ngozi Adichie related that, “Things changed when I discovered African books. …I realized that people like me, girls with skin the color of chocolate, whose kinky hair could not form ponytails, could also exist in literature. I started to write about things I recognized.” And she’s gone on to write her way to the global stage with such imposing titles like “Purple Hibiscus,” “Americanah,” “Half of a Yellow Sun,” etc. Recall that the opening of her talk was, “My mother says that I started reading at the age of two, although I think four is probably close to the truth. So I was an early reader…”

Needless to say that Ms Adichie owes it all to books. What was it about books that did this much for her?

STORY 4: Bill Gates first became the richest human being on the planet in 1995, and remained the richest person in the world for more than half of the 30 years FORBES has been tracking wealth. To be somewhat precise, he was the guy for 18 out of the 23 years. How did one man become so rich? Needless to say that his net worth is directly proportional to his investment in literature. Interestingly, Mr. Gates still reads at least 1 hour every other day. But it started long before he had a dollar bill to his name, a fact we can glean from his father, Bill Gates, Sr., “Just about every kind of book interested him — encyclopedias, science fiction, you name it. I was thrilled that my child was such an avid reader, but he read so much that Bill’s mother and I had to institute a rule: no books at the dinner table.” Bill Gates himself had this to say of himself, “I really had a lot of dreams when I was a kid, and I think a great deal of that grew out of the fact that I had a chance to read a lot.” Gates himself doesn’t think he owes his wealth to his IT craze; he thinks he owes it to such books as Benjamin Graham’s “The Intelligent Investor.” Visit gatesnotes.com to have a taste of his avid readership.

READ  Corruption: This is a fight for everyone

STORY 5: Elon Musk. Growing up in South Africa, he was fascinated by rockets and wanted to build them when he grew up. How did he start building rockets without having taken a course in that field of endeavor? Musk says he read books. Right now there are five (5) organizations that have launched rockets to space; four (4) are countries and one (1) is Elon Musk’s “SpaceX,” a space transport company he founded with his payout from the sale of PayPal to eBay. He’s also the guy behind Tesla, Neuralink, SolarCity. Jim Cantrell, Aerospace consultant has this to say of Musk, “You know, whenever anybody asks Elon how he learned to build rockets, he says, ‘I read books.’ Well, it’s true. He devoured those books.”

STORY 6: Warren Buffet. The world has not seen a better investor; Warren Buffet is the man! In an interview on how to succeed he advised, “Read 500 pages like this [pointing to a stack of nearby books] every day. That’s how knowledge works. It builds up, like compound interest. All of you can do it, but I guarantee not many of you will do it.” How did he and his company, Berkshire Hathaway, become world’s No.1 in the game of stock picking? He read between 600 and 1000 pages per day when he was beginning his investing career, and still devotes about 80% of each day to reading.

STORY 7: Pamela (name changed). I met her broken, having just dropped out of school in her final year at university. Why did she drop out? That’d be story for another day. Once she sent me a text telling me she was just a step from giving up on life, that she wasn’t sure if she could see the light of the next day. She was in the middle of everything that went wrong and her parents weren’t ready to forgive her any soon. She felt useless; she’d lost the last atom of power in her. On my part, I wasn’t sure what to say to her. All I did was email her a book, got her to commit to reading the book, and gave her a number of assignments to do afterwards, having read the book myself. She complied. Then I gave her another book, and yet another book. The long and short of the story is that she’s now fine, and now clearly understands that failure is just an event and nothing more than that.

READ  Adoption of husband's name after Christian marriage: A gain or a loss? (Part Two)

I hope with these few stories I have been able to convince you that the only way to thrive in this knowledge economy is to fall head over heels in love with books. Personally, I really don’t know of another way.

Cornelius Ndubuisi wrote in from Abuja, you can reach him on ndubuisi.cornel@gmail.com 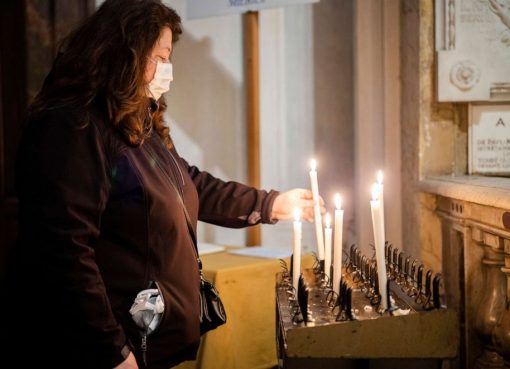 MY FAITH AND COVID-19 THREAT IN NIGERIA

By Fr. Anthony Aneke With the gradual increasing cases of Covid-19 cases in Nigeria, we are beginning to face a reality that we never wanted to come to terms with. The panic is building by seconds. G
Read More 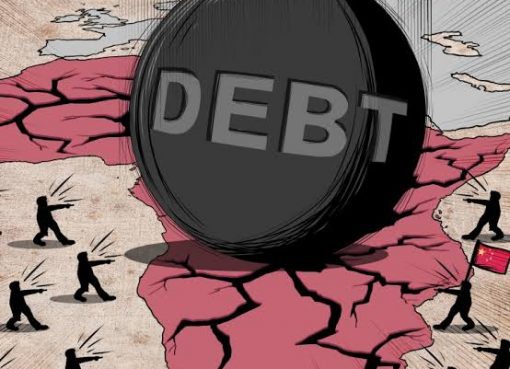 The economy of loans: The fate awaiting Nigeria

By Chukwuemeka Okechukwu (okeyemmy@gmail.com) Nigeria is currently facing what has been described as one of the worst economic situations in her history as a nation. Nigerians seem to be victims of
Read More 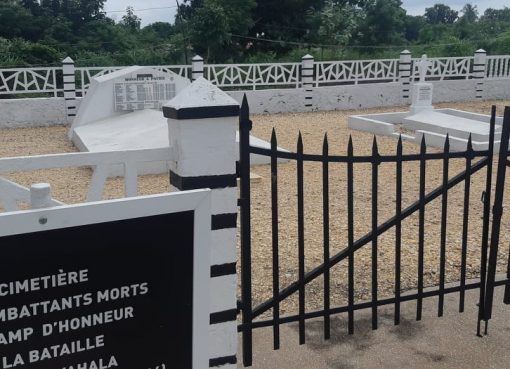 In Togo a village is called “Wahala”

By Fr. Augustine Awuchie In the far away north of Togo kilometers away from the capital lome, nestled inside a dense forest is a Common wealth War memorial in a village called "Wahala". In 1914 Allie
Read More