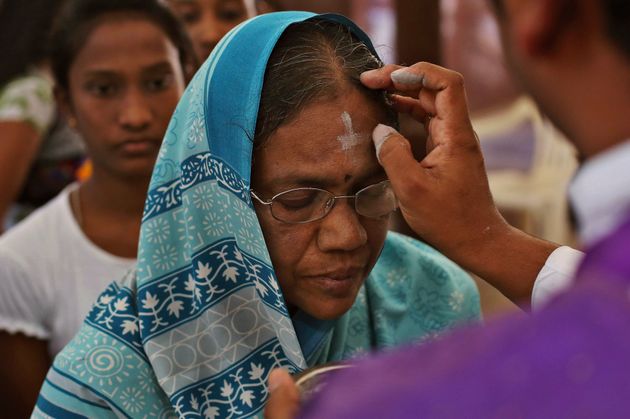 “The most basic Christian gesture in prayer is and always be the Sign of the Cross.”

St. Paul the apostle of the gentile speaks of the cross of Christ in almost all his new Testament writings. “But far be it from me to glory except in the cross of our Lord Jesus Christ, by which the world has been crucified to me, and I to the world” (Gal 6:14).

Scott Hahn is of the view that we could fill a book with the early Christians’ testimonies to the practice of making the Sign of the Cross. For him, it was their favorite devotion as it required no special knowledge or skill. You didn’t have to be literate to make the sign of the cross, or rich enough to own a book of instructions. All you needed was one working finger. Martyrs made the Sign as they were taken to their death. Even Julian, the notoriously ex-Christian emperor, fell back to tracing the Sign whenever he felt oppressed by demons. It is mentioned everywhere because it was practiced everywhere.

Going through history, Tertullian at the end of the second century proclaimed: “In all our travels and movements, in all our coming in and going out, in putting on our shoes, at the bath, at the table, in lighting our candles, in lying down, in sitting down, whatever task occupies us, we mark our forehead with the sign of the cross.”

The earliest account suggests that Christians traced the cross with their thumb upon their forehead. They also traced it on objects, such as food, and over the sacramental elements: bread, wine, oil and water. Over the centuries the faithful have developed many ways of doing it. In the Western Churches, we bless ourselves with our open right hand, touching our fingertips to the forehead, then the breast bone, then the left shoulder, and finally the right shoulder. Some interpret the five open fingers as a sign of the five Wounds of Christ.

Words often accompany the sign of the cross. In a way, when we combine this gesture with a vocal prayer, we make two prayers. So, we recognize the power of what we do when we pray, “In the name of the Father, and of the Son, and of the Holy Spirit.”

Worldwide and throughout history, there are countless variations on the practice and its interpretations. In his book, Signs of life, Scott Hahn draws an explanation Saint Francis de Sales:

‘We raise the hand first to the forehead, saying, “In the name of the Father,” to signify that the Father is the first person of the Most Holy Trinity, of whom the Son is begotten and from whom the Holy Spirit proceeds. Then saying, “And the Son,” the hand is lowered to the breast, to express that the Son proceed from the Father, who sent Him down to the womb of the Virgin. Then the hand is moved from the left shoulder or side to the right, while saying, “and of the Holy Spirit,” thereby signifying that the Holy Spirit, as the third person of the Holy Trinity, proceeds from the Father and the Son, that he is the love that unites both, and that we, through His grace, partake of the fruit of the passion. Accordingly, the Sign of the Cross is a brief declaration of our faith in the three great mysteries: of our faith in the Blessed Trinity, in the passion of Christ, and in the forgiveness of sin, by which we pass from the left side of curse to the right of blessing’.

It is not an accident of piety that these two themes converge in the words and gestures of the Church’s most fundamental and most popular prayer.

The cross is an image in time of the Trinity’s life in eternity. On the cross, Jesus Christ gave himself entirely. He held nothing back. Such is the self-giving of the Son for the Father, the father for the Son. Each makes a complete and loving gift of life to the other, and that gift, that life, that love, is the Holy Spirit. The sign of that love in the world is the Sign of the Cross.

As a sacramental, it’s a renewal of the sacrament of baptism; when we make it we say again, in effect, “I died with Christ and rose to new life.” The sign of the cross in baptism is like a Christian circumcision, which united Gentile converts to the Jewish nation. The sign links us to the body of Christ, and when we make it, we remember our joining to the body with Christ as the head.

The sign of the cross is a mark of discipleship. Jesus says in Luke 9:23, “If any man will come after me, let him deny himself, and take up his cross daily, and follow me.” The word that the Fathers of the Church used for the sign of the cross is a Greek word that is the same as what a slave owner put on a slave, a shepherd put on a sheep and a general put on a soldier — it’s a declaration that I belong to Christ.

Self-denial is not just giving up little things; to be a disciple we are under Christ’s leadership and we don’t belong to ourselves.  By doing the sign of the cross, we’re saying to the Lord, “we want to obey you; we belong to you. You direct all our decisions. We will always be obedient to God’s law, Christ’s teachings and the Church.”

When we are suffering, when we’re feeling like God is not there, the sign of the cross brings him there and declares his presence whether we feel it. It is a way of acknowledging him at that time of trial.

One of the main teachings of the early Church Fathers is that the sign of the cross is a declaration of defense against the devil. When you sign yourself, you are declaring to the devil, “Hands off! I belong to Christ; he is my protection.” It’s both an offensive and defensive tool.

I’ve found that the sign of the cross is a way to put to death self-indulgence — those big problems we have, the stubborn things we can’t get rid of. The Church Fathers say if you are angry, full of lust, fearful, emotional or grappling with fleshly problems, make the sign when tempted and it will help dispel the problem.

In fact, the sign of the cross is the supreme sacramental.

When people make the sign of the cross casually, I pray that they will recognize how serious it is — that they are declaring that they belong to Christ; they want to obey him and accept suffering. It’s not a good-luck charm. 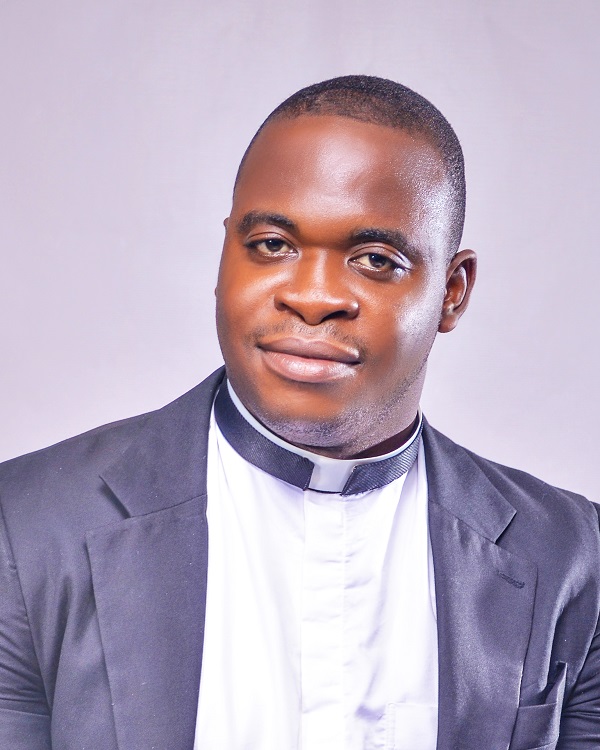 Fr. Anthony Aneke Author
Rev. Fr. Anthony Aneke is the Managing Director and Editor in Chief of The Choice Flame Newspaper, Catholic Diocese of Enugu. He is a Priest of the Catholic Diocese of Enugu. His Passion for media is born out of his desire to see a media in our ever challenging and complex world whose dexterity is centered on facts, truth and accurate representation of events with the aim to strengthen the many institutions of our society and the church to serve all across spheres.
email
dchoiceflame@yahoo.com
×

Fr. Anthony Aneke Author
Rev. Fr. Anthony Aneke is the Managing Director and Editor in Chief of The Choice Flame Newspaper, Catholic Diocese of Enugu. He is a Priest of the Catholic Diocese of Enugu. His Passion for media is born out of his desire to see a media in our ever challenging and complex world whose dexterity is centered on facts, truth and accurate representation of events with the aim to strengthen the many institutions of our society and the church to serve all across spheres.
email
dchoiceflame@yahoo.com
Latest Posts 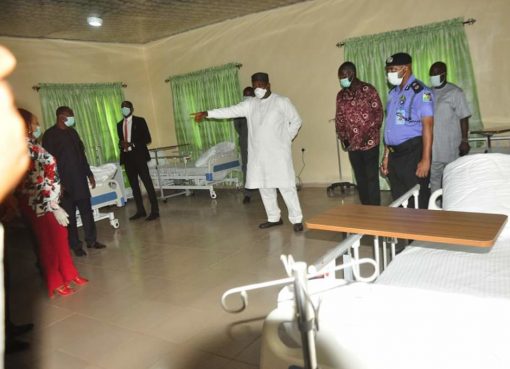 Revisiting the location of the isolation center in Enugu State

By Francis Onoh   Isolation centers are called isolation centers for a reason. To ‘isolate’ means to remove from the rest. The U.S. Department of Health & Human Services defines ‘isolation’ as
Read More 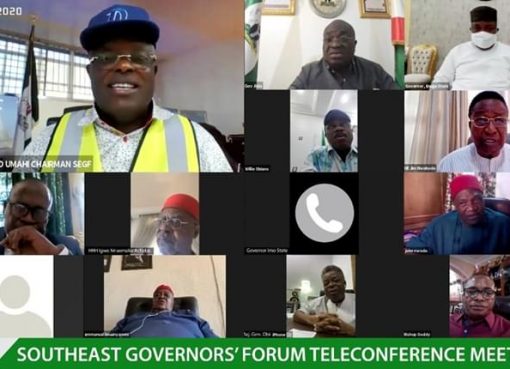 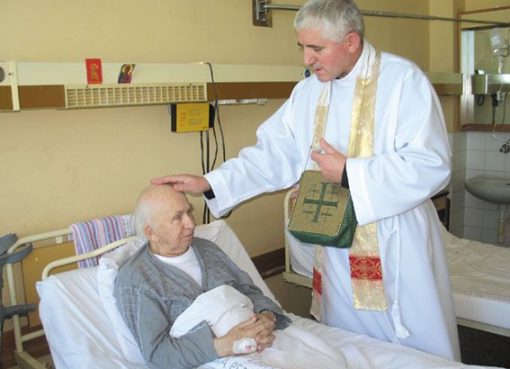 The Archdiocese of Chicago has assembled a team of 24 priest volunteers— all under age 60, and without pre-existing medical conditions— to administer sacramental anointing of the sick to Catholics wit
Read More