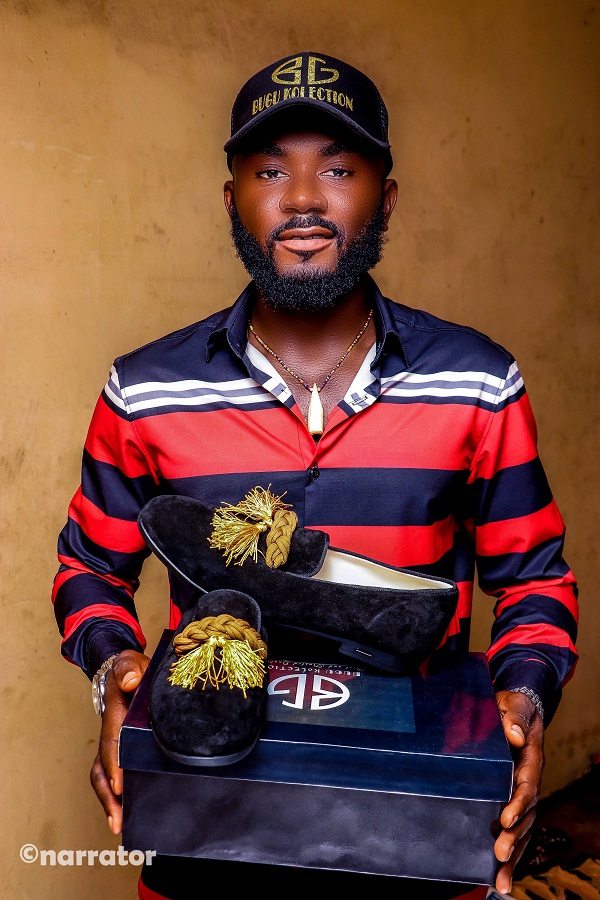 Chukwuebuka Abugu Christopher, an On Air personality with Caritas University Radio, Enugu and a shoe maker as well as a comic actor, is one entrepreneur who has continued to stand against odds in his quest to be the next big thing in the murky waters of entrepreneurship as far as Enugu is concerned.

Abugu, in his early 30s and a graduate of Mass Communication from Caritas University, Enugu hails from Amagu Ugbaike in Enugu Ezike Local Government Area of Enugu State. He will be well described as  a versatile young man with a passionate drive to not only  be a job creator, but a smart young man with an unflinching passion to be a shining symbol of resilience, creativity and innovation of  the Nigerian youth.

For Abugu, a combination of hunger and need to be relevant drove him into his world of multifaceted skills.

According to him, his Venturing into shoemaking started in 2018.

“Despite working in a radio station I was very hungry because what I was earning wasn’t enough for me as a man”, he said.

“So I would say that hunger was what drove me into shoemaking because I was looking for what I could lay my hands on to support my job as a journalist and radio personality. I spoke with a friend of mine that stays in Aba, I asked him how much foot wears cost in Aba. After he told me, I went to Aba and we hooked up.

“I was enjoying it until I went to the gym one day and met a friend, Solomon.

“He is the reason I am what I am today. I found out that Solomon is actually a shoemaker. He doesn’t buy and sell, but makes neat shoes. He came to the gym with some of his works; he said he was going to make a delivery.

“That was how we became very good friends. I started posting his works and people began pricing. For instance, if he gives me a shoe for N3500, I’ll tell customers it costs N6000, N5000 or less, depending.

“That was how we started working together. At a time, I told myself that this is a skill I can just acquire that would be of more benefit to me. So he taught me for free because we were friends and I was getting so many clients. We became a team”, said Abugu.

On his journey into comic act, Abugu attributed this to his desire to bring happiness and smiles on the face of Nigerians, especially with the unfortunate clime they have found themselves in.

“In a world full of nonsense and unhappy people, I just figured out that I could just do something, no matter how small it is to put smile on faces. You don’t know who has lost it and needs just a smile to heal.

“I could really just put out something to make people laugh and put smile on their faces. That was how it all started, I started acting and posting my stuff on Facebook and other social media platforms.

“My friends were watching and many people were getting interested in my comic videos, so it inspired me to do and post more”, said the multi talented lad.

Abugu believes he is just starting out in life, of which he needs to remain humble because according to him, though faced with multiple challenges, especially as with starting off from nothing with insufficient startup fund, he believes he is still on the learning process but with many outlined dreams.

“I have not gone anywhere, I just got started, and I would like to go as far as I can, limitless. I can’t even imagine it”, he declared.

“The first challenge I face is capital. I know what I can do in my line of business and I believe I need enough capital to grow big” Abugu will say.

“In this line of work there are machines that you need to get that would help you make your work easier, but because of money I can’t get them. So I know that my business is still small and growing very fast. I just started making my own footwears this year, 2020 and there are many people interested in what I do already.

“However, with the right investment and I get those machines, I will be be faster with my deliveries and will accommodate more time bound orders from potential customers”, he added.

Enugu not a business hub

Abugu also envisions of expanding beyond Enugu. He believes that though Enugu has prospects, but wouldn’t be regarded as a business hub because of her peculiarities. He however sees himself moving to more viable business cites like Portharcourt in Rivers State, Lagos as well as Abuja, the FCT.

“Staying in Enugu is not my choice. If I make it big I would leave this city. Believe me, Enugu is not a business hub. So I would not say that I chose Enugu, I am only here because this is where I find myself. But as I grow I’ll definitely leave Enugu because I know what is happening and very much attainable in places like Lagos and Abuja. My customers In Enugu price low, but you would see someone making more money in some other city and it’s the same quality and work”, he said.

The task for Government and Nigerian youths

Abugu further called on graduates in the country to think outside the box and be creative.

With an understanding of the job quagmire many graduates face in the country, he believes that a lot more can be done by individuals to help themselves mitigate through the frustrations of unemployment and even under employment.

“Graduates don’t have to rely on the government because it is quite obvious that the government isn’t doing much in terms of employment. It is clear to everyone by now that going to school is just for the sake of being referred to as one who is literate and has a certificate. I am not saying that education isn’t good, of course it is good.

“My point is: leave the government. There are opportunities quite right. But if you have a job you should also have a skill to support yourself. You can become anything, just package yourself”, he advised.

He further called on government to step up actions against unemployment. He however didn’t hesitate to further pass the buck back to the youths whom he sees as the harbinger of development and growth.

“As I’m calling on the government to do something about the unemployment situation in Nigeria, I’m still calling on graduates and other people to help themselves in credible ways that are available to them.

“Leave the government, be hardworking and hustle to help yourself. Don’t say that as a graduate you’re too big for certain things. Look for something good to support yourself with; don’t just sit at home eating your parent’s food. Even if your parents do not complain, it isn’t wise to do so. Wake up! I’m calling on all the young people to wake up. 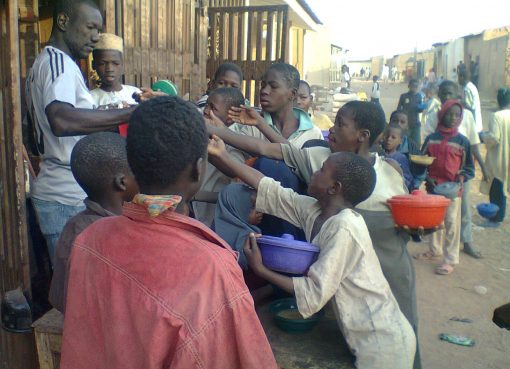 Kano State Government has begun the deportation of Almajiris who are non-indigenes of the state, reports Punch. This is as the number of confirmed coronavirus cases reached 36 in Kano which
Read More 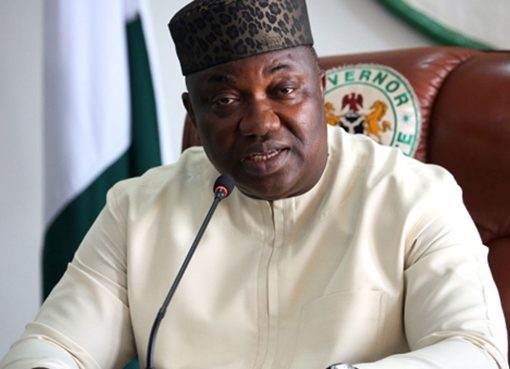 Governor Ifeanyi Ugwuanyi of Enugu State has approved the release of the sum of N24,600,000.00 (Twenty-four million, six hundred thousand naira only) to the Enugu State Scholarship and Education Loans
Read More 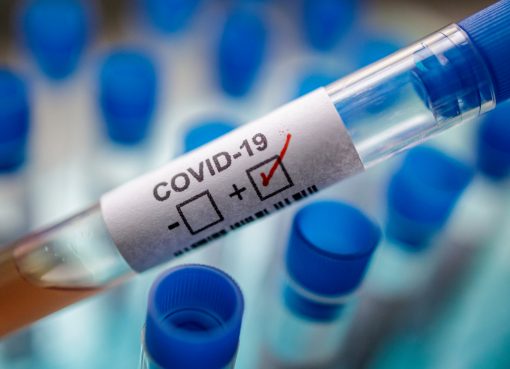 Kano State Government, on Friday, raised the alarm over community transmission of COVID-19 as the virus spreads across seven local government areas, reports Punch. The state coordinator of the Task
Read More