Nigerians are increasingly losing hope and confidence in the nation’s Police Force because of the unethical conduct of some of its operatives. Some of the actions of the Nigerian Police Force have brought embarrassment to the nation. Cases of bribery or extortion and extra-judicial murder are on the increase. We look at the poor outing of the police and how it impedes the rule of law. Through direct and indirect observations, it is established that the rule of law has been disastrously negated by the unprofessional attitude of the largely ineffectual police force.

It is quite regrettable that police personnel had for long dropped their core duties for the unusual. Corruption is synonymous with them. Civilians beget undue intimidation, harassment, extortion, injustice and jungle justice, molestation, wanton killing and all sorts of plagues from the police. The police have become irresponsible, extremely corrupt and a nuisance. They treat the poor differently from the rich. What is quite most shocking is the fact that all efforts to sanitize the Nigerian Police Force have been futile. This makes one wonder whether the personnel have become above the law, or whether there are no practical measures to address the scourging issues from the police to civilians as well as the society as a whole.

It is hard to believe that the Nigerian Police Force which is saddled with the constitutional responsibility of protecting lives and property is now unleashing terror on innocent Nigerians from whose tax it is maintained. It is bizarre that a police officer could raise a weapon because of a N100 bribe. This can only happen in banana republics. Many Nigerians have lost confidence in the Police Force due to the unprintable acts of some of its operatives. The fundamental human rights of Nigerians have been crudely and horrendously trampled upon by the police.

Aside the usual intimidation, shoddy arrests and phony investigations, including illegal detentions and extortion. The new trend of waylaying neatly dressed young men with a bogus and unproven accusation of being a fraudster, forcing the victim to cough out huge sums of money in most cases to avoid being roped into false accusation or in some cases shot is not longer just a worrisome development. It is now at a dangerous level.

The trend has currently become normal around 4 corner axis and many other remote spots in Enugu State, especially while going to Udi through the 4 corner junction. This place is now garnering bizarre notoriety with the way some police operatives at that axis extort from young men.

With this development, it is now a crime to be young man in Nigeria. Especially when neatly dressed and appearing successful. Most worrying of all is that this has continued to go unabated with open impunity with caution thrown to the wind. The police as an institution have failed Nigerians. Most of the operatives have no working conscience.

The police force is an agency of the Executive Arm of Government that maintains law and order in any society. Unlike the military, the police investigate and prosecute cases in the law courts. It plays a vital role in ensuring peaceful coexistence among the citizens without which the society would be a jungle. In Nigeria, the Police, though a necessary evil have  lost the confidence of several Nigerians because of poor attitude to work, unethical conduct and ominous disregard for fundamental human rights. About 70% of the members of the Nigerian Police had no interest in the job at the time of recruitment but they just applied because they needed job to earn salary. You cannot do a job very well if you don’t like it. So what do you expect from operatives whose sole interest is to make money? This can be likened to medical doctors who are supposed to be life savers as stipulated by the Hippocratic Oath but who decline treating dying patients especially accident victims who have no money to pay immediately. If the reason for enlisting into the police is just to make money rather than rendering quality security service, one can imagine the travails of rule of law and how the inalienable rights of the people are infringed upon by those statutorily empowered to protect same.

READ  Beyond bowels in hand: The Almajiri of Enugu extraction

But surprisingly, some members of the Nigerian Police had received international commendations and award from UN peace keeping assignments. Could the Nigeria society be responsible for the unethical behavior of the Nigerian police as it is a microcosm of the larger society? Is it because the policemen work with morally bankrupt politicians? Is it because of the get rich quick- syndrome in Nigeria? In civilized societies such as the US, UK, it is a thing of pride to have a family member in the police, but the reverse is the case in Nigeria where stubborn children in the family who probably had dropped out of school are encouraged to apply for enlistment into the police. Against this backdrop, it is therefore, not strange to have embarrassing extortions at check points, illegal detention, extrajudicial killings, and connivance with armed robbers etc.

READ  Is the Covid-19 pandemic a threat to equity in education in Nigeria?

Therefore, our call is simple; the authorities should rise now against the backdrop of this ascendancy of impunity and purge the force of this hydra headed development that will certainly and totally destroy it if not nipped in the bud . The clock is ticking fast, but, we can avoid this time bomb waiting to explode. 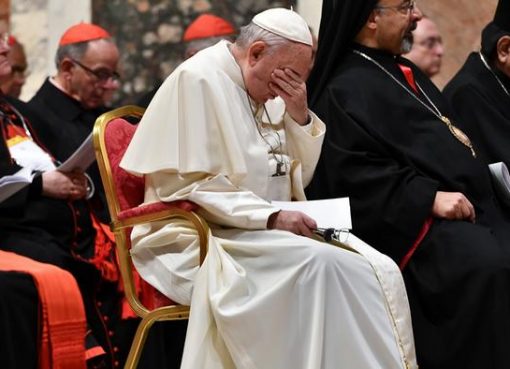 Beyond the obvious reasons to fight clerical sexual abuse, above all the damage such abuse inflicts on victims, Pope Francis has added another argument: The effort to prevent abuse, he’s written, prom
Read More 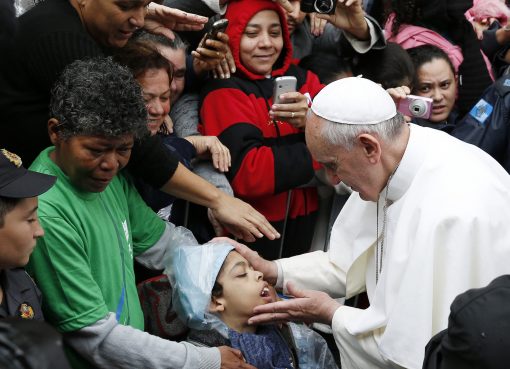 Pope to Catholic Charismatics: ”May we bring an end to the pandemic of poverty’

Pope Francis sends a video message to CHARIS (Catholic Charismatic Renewal International Service) on the eve of Pentecost, and warns that life after the pandemic will not be the same so we must take a
Read More