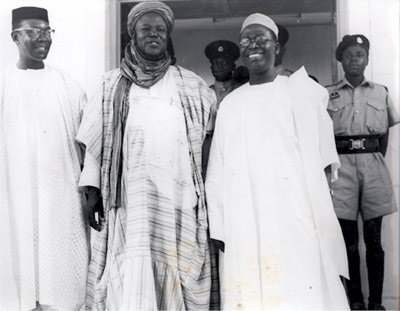 Across the nation, the continued clamor and quest for Igbo presidency are on the rise every day. There have been political stabbings and physical attacks, ethnic tomfoolery, and spittle hurling. Both the north and south west have been spitting upon the south east. Minority groups are made to fear both for their personal and regional safety and survival. COVID-19 for now is not the only bug hitching our country, terror, mistrust and hate, too, are creepy-crawlies that stretch, principally in times of selective social indistinctness and powerlessness. Today, some groups are troubled with extensive and mental assault as scapegoats, just because of their ethnic and religious pull.

Fright of ethnic vulnerability has led to a cavernous wish for ethnic and tribal tensions and evilness. Besides, fear of regional freedom and self-determination and federal mistrust have goaded the federal with hint of power or advantage to police unjustly federal character principles and integral developments of each region. The federal government, ought to know that dread and mistrust gobble national development as well as regional ascendancy. Now, we should understand that to restructure the country and engross rotational presidency are reputable as obligatory devices for a peaceful and expansive nationhood. For a long period of our historical growth, the dehumanization of natural fair dealing and order that the all-inclusive governments have simplified as compulsory has turn out to be facileness in Nigeria. In fact, no federal government has been impervious to this illness of fright and its alteration into trickery and brutality against agitators for social justice and equity.

No doubt, that the rest of Nigerians do believe in the expertise and solemnity of Biafrans, due to their cerebral, built-up, skilled socio-economic adeptness and political originality, hence, the continued fear and mistrust by other regions of the country. In the words of Rev H. Thurman, fear, deception, and hatred are the three “hounds of hell” that Christian mystic has presaged a propos. Thurman was a guru to Martin Luther King Jnr.  Because of this sustained fear and distrust, both the Hausa-Fulani and the Oduduwa, have persistently denied the South East their rightful place in a country they have been vanquished and browbeaten as sinners of modern time. Jesus Christ whose livelihood forever was, to meet head-on the ill will of the Pharisees and scribes, brought love and care for humanity. He knew very well the attachment between loathing and resentment in an ethnic and religious blinkered culture.

Doubtlessly, the rest of Nigerians dread the day the Igbo race will truly be integrated into the political game of the country, as such that may be the end of Nigeria. As perpetrators of ethnicized indulgence, they have to fear, deceive themselves by thinking of a possible corollary from the much reviled Igbo people, the unrelenting use of hate and oppression in order to silence them.  Nigerians as sinners often fear their own susceptibility and gashes, which front them to hurt their supposed enemies. They have macrocosmically sinned against the Igbo, but instead of asking for forgiveness, their oppressive and marginalizing machines are still on.  As masters of deceit and fear, they succeeded to slaughter millions of Igbo as the Jews under satanic Herod did to the little tykes in search of the new born infant.

This bug of trepidation, which stretches prejudice, can be branded, and stepladders can be taken to defy and trounce it. First, the federal government should carry out a number of sober and innermost inspections to tell apart the fear, comprehend its establishment, and put up practical measures to end both the fear and mistrust. The president ought to sincerely put into prayer in expressive and psychosomatic openness in the amorous presence of God, the multifaceted problems of Nigeria. Once these fears and mistrust are predictable, (even though they are glaring), marginalization and oppression of Biafrans will slouch a great deal of federal government’s power to sway our dealings for better. This can lead to the much expected and campaigned restructuring and rotational presidency.  This power can guide us to take optimistic proceedings to concretize already-made constitutional policies.

In order to restructure Nigeria, the president and his co-workers should be frank in making a clean breast to God, those who killed millions, and should plead for forgiveness in order to have a renewable nation of common fraternity.  This country can never be fraternal and harmonious without true reconciliation and rehabilitation. This country can never be better unless all the components of regions and religions congregate to make a will and a contract of understanding. For the Igbo who are suffering the brunt, this moment calls for a bonus weight. The gigantic middle-of-the-road of our oppressors are footed on tribal fear and are committed by Hausa-Fulani and Yoruba people.  We should use our brain to try to convince them that we a hospitable, caring, industrious and peaceful race. We should try to reach out to people of religious valor and moral gravitation from other regions, preach to them that justice and equity demand that 2023 presidential tickets are all for the Igbo politicians.  We shall not leave these outreaching political sermons to politicians, let church leaders and people of goodwill join hands to save the unity of this country. Leaving it for politicians who are selfish and greed will hit the rock.

This is the time for the rest of Nigerians to embrace change for posterity sake. We must hearken to the wisdom of Thurman that our corporate co-existence should be based on the “love-ethic” of justice and equity as propounded by Our Lord and Master Jesus Christ. According to him, each individual and nation must practice the golden rule by congregating and giving each one his or her due, respecting other’s basic rights as well as conscientiously carrying our duties. We must cosset each other and giving all their proper place of honor and dignity. We are obligated to love everyone, as a common distinguishing mark of absolute respect to the almighty, and never endorse fear to direct us. Love is a positive reception of his supreme sacrifice on the cross of Calvary for our emancipation.

In a chock-a-block discovery of the profundity of the fear for Ndigbo and its disparaging budding, other tribes should consider the tradition of the one they avow is their mentor and liberator. Both the North and South west must not consent to panic to blur their innate logic of the inestimable value of all citizens, especially the South east. This is particularly proper for our political leaders and opinion principals who avow to be followers of Jesus and Prophet Mohammed. If Nigerians especially political and regional leaders discern the wisdom and passivity in distinguishing each other as equal possessors of God’s copy, Nigeria will progress now and always. With this political and ethnic mindset, conceivably we may be able to amass a more unprejudiced and civilized nation.

Finally, this paper’s closing remarks synchronize with Pope Francis’ annotations in his Urbi et Orbi approval on March 27, at some stage in the tallness of the virus in the Vatican City: “Like the disciples in the Gospel we were caught off guard by an unexpected, turbulent storm. We have realized that we are on the same boat, all of us fragile and disoriented, but at the same time important and needed, all of us called to row together, each of us in need of comforting the other. On this boat . . . are all of us. Just like those disciples, who spoke anxiously with one voice, saying ‘We are perishing’ . . . so we too have realized that we cannot go on thinking of ourselves, but only together can we do this.”

Nigerians lets accede to the papal exhortation and follow the charisma of God and the way of life of Jesus, while Muslims emulate their cherished prophet. To make Nigeria harmonious and enjoyably progressive nation, we must absolutely and dispassionately demonstrate thoughtfulness, reverence and nobility to all ethnic and religious leanings with equity and equality and Christ-like love. We must be ready to throw out all mistrust, dread and all forms of injustice, toward our Biafran brethren and other minorities. God will make Nigeria great if we agree in concert to restructure and make rotational presidency for now a commandment and a source of unity and love.

Rev. Fr. Eavristus Offor is the Founder, Scholars Association for the Protection of Igbo History and Civilization, (SAPIC) 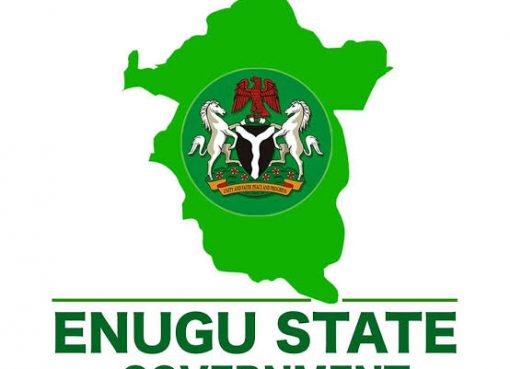 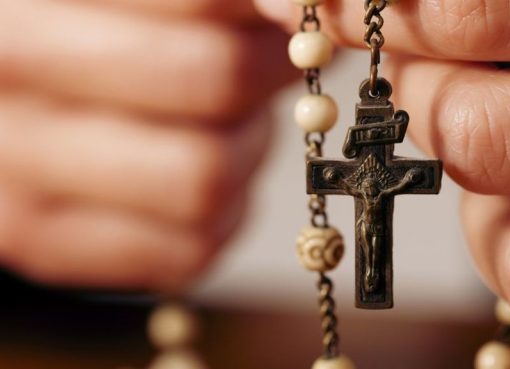 Catholic events cancelled across US, moved online in wake of coronavirus pandemic

The best-laid plans of Catholics across the country have been upended, as colleges and universities are now cancelling commencement ceremonies and a range of high profile conference and gatherings hav
Read More 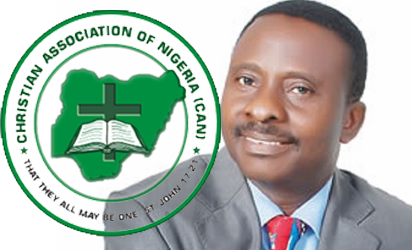 COVID-19: Nigerian churches facing so much heat like never before –CAN

The Christian Association of Nigeria has asked Nigerians to continue to observe the social distancing regulation and avoid large gatherings, saying the church has never faced such heat as the coronavi
Read More