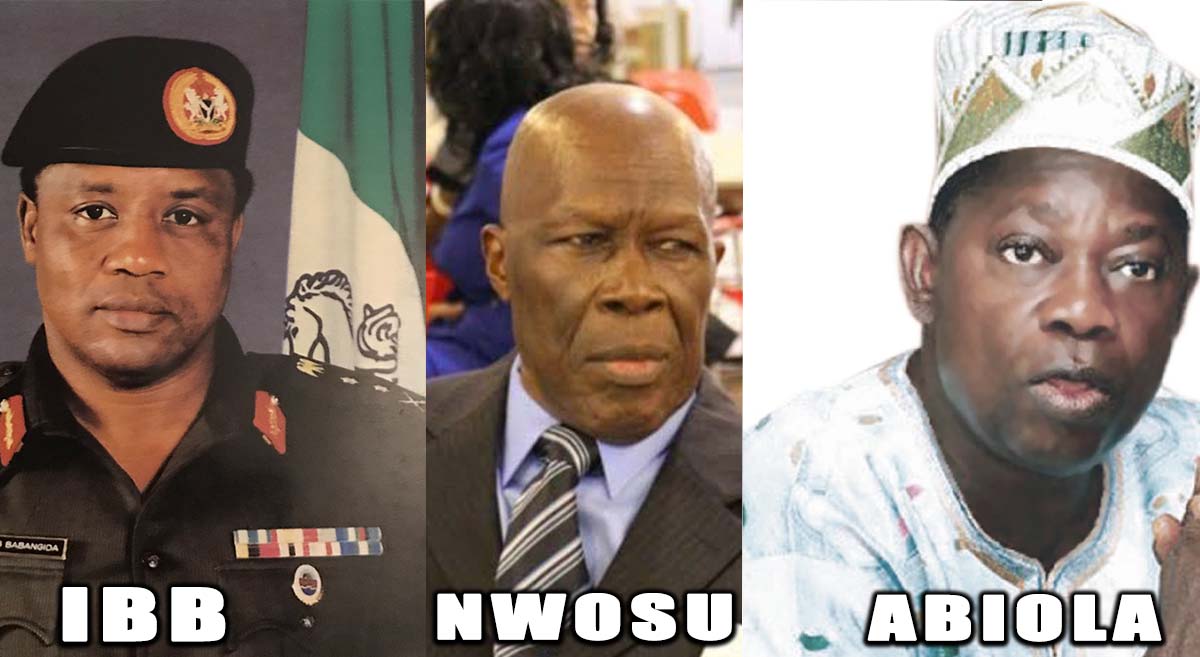 Ever wondered why June 12 isn’t received with much excitement in the South East?

Over the years, it has been a cold memorial in the South Eastern region of the country as it seem like the average Igbo man don’t care much about the one significant history in our democratic journey the country is never proud of, even though one of the major protagonist in that political quagmire was an Igbo man who has been praised for his bravery and integrity.

The 1993 Nigerian presidential election was held on 12 June 1993 in the Nigerian Third Republic, the first since the 1983 military coup ended the country’s Second Republic.

The elections were the outcome of a transitional process to civilian rule spearheaded by the military ruler, Ibrahim Badamasi Babangida (IBB).

The unofficial result of the election though not declared by the National Electoral Commission (NEC) indicated a victory for Moshood Kashimawo Olawale Abiola of the Social Democratic Party (SDP), who defeated Bashir Tofa of the National Republican Convention (NRC).

The winner of the election was thus never declared as the elections were annulled by IBB, citing electoral irregularities.

The annulment led to protests and political unrest, including the resignation of IBB and a weak interim civilian government, and culminated in the continuation of military rule in the country with Late Gen. Sani Abacha ascending to power as the military head of state via a bloodless coup later in the year.

However, over the years, the nation has always held a memorial each year in remembrance of that unfortunate development in the political dispensation of the country.

Interestingly, the significance that June 12 poses seem not to hold sway among the people of South East Nigeria who are predominantly Igbos.

Every June 12 has always been greeted with a relative coldness in the region. Even with the change of the nation’s traditional democracy day celebration from May 29th to June 12th by the present administration of President Mohammadu Buhari, there seems to be a general resist to the beguile of the proponents of this gesture having failed to hold the people malleable.

Why Igbos seem not to care

“I think June 12 is the proper day for the democracy celebration, it signifies the day that Nigeria opted for democracy as against May 29.”, Chiagozie Nwabuko a legal practitioner and an ardent social critic will say.

“As at that time, Nigerians didn’t care that it was a Muslim-Muslim candidate, It was Moshood Abiola and Babagana Kingkibe. Nigerians were ready for democracy and they voted massively for SDP.

“I think that Nigerians were actually ready for democracy as at June 12”, Chiagozie said.

But Chiagozie believes that the reason for a somewhat disregard of the grave injustice meted against the central character of the time, Moshood Abiola is based on one sided narrative of what unfolded at the time over the years. Many protagonists who were involved in the conduct of what still stands as the best general election the nation has ever conducted, were neglected.

Notable amongst them was the electoral commission chairman of the time, Professor, Humphrey Nwosu, an Igbo man.

“An Igbo man who conducted the best election Nigeria has ever witnessed is Prof. Humphrey Nwosu. The reform was massive, in fact, he introduced the option A4 voting system and open ballot system.

“it was novel, he organized the best, freest and fairest election until date in Nigeria.

“When the issue now came up, nobody celebrates him, nobody talked about his achievement.

“The issue of June 12 zeroed upon that a Yoruba man won the election and somehow he was not allowed to rule.

“Igbos will say once again, we have been schemed out of the whole story.

“Nobody will talk about the best election in Nigeria even under the watch of the military as a threat to his live, because he went ahead to announce the election before IBB’s intervention.

“So, the average Igbo man has this apathy because once again the Igbo man was removed from the success story of that election and it has been a single narrative .

“The average Igbo only need that inclusion,   Chiagozie concluded.

On his part, Rev. Fr. Benjamin Achi who is the Social Communications Director of the Catholic Diocese of Enugu and a regular pundit on the state of the affairs in the nation heaped the blame on ignorance and an over the years of miseducation of what really happened at the time .

“I think political enlightenment is the problem, but I’m sure if the people where to be informed, I think they will celebrate it better.”, Fr. Achi said.

Describing further the other major seeming causes of the open insularity to the discourse of June 12, he said;

“It is always played in almost all issues in this country. They are two major factors which I think the June 12 incident doesn’t really hold much relevance to the people of South East.”

What should be done

Moving forward to the lessons of June 12, both Fr. Achi and Barr. Chiagozie agreed that the nation has to find ways of healing the wounds off injustice and maladministration foisted on the people over the years.

They both blamed the sectionalized network of cabals who has spread her wiles in the political spectrum of the country, there by overseeing a nebulous proclivity to rule and hold unto power at all cost. This they both agreed has given rise to various forms of irredentists threatening the very unity and progress of the country.

“Even international observers agreed that June 12 Presidential election was the best election we’ve ever had and this winner was not allowed to take up the mantle of leadership by a cabal from a particular section of the country who feel that it is their exclusive reserve to remain in power. So it is a problem, that ethnic divide even when it was very clear that this person won the elections.

“There is a seeming perpetual grip on power and the sentiment against it is echoing from the South.

“We should find a way of healing the wounds that election actually brought.

“Now should be a time for us to look at and give every part of the country a sense of belonging. It will douse all secessionist agitations.”, Fr. Achi advised.

On the other hand, Barr. Chiagozie called for a review of the nation’s electoral laws and described the making of June 12 democracy day celebration as a master stroke by the current administration which is a well deserved gesture.

He however maintained that Nigerians, especially Igbos is only interested in good leadership, and when it is provided, they careless of where the leader comes from.

“I think most importantly, Nigerians want good governance and if you deliver it, they don’t care where you are coming from.

“A sincere government should go back and look at our electoral laws which are deficient and ineffective.

“The national assembly needs to speak up and do the right thing. We cannot do it right until we restructure the governance of the country.

“There is so much money in politics, so because of that, those in government will always frustrate reformation.

“We need to get money out of that system”, he advised.

Nigeria: Nnamdi Kanu saw it coming but we chose not to listen

It has now become a case of one week one daring act of insensitivity by the federal government with her body posture towards national issues. With currently evolving cases of  the marauding killer her
Read More 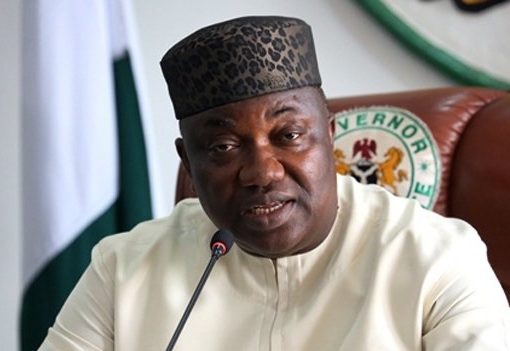 Four new confirmed COVID-19 cases have emerged in Enugu State. This is coming at a time the state government has moved to commence gradual lifting of movement restrictions earlier imposed
Read More 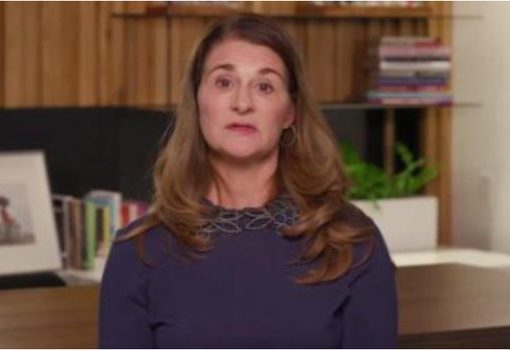 Melinda Gates, wife of billionaire Bill Gates has warned that if the world does not act fast enough, then there will be dead bodies all over the streets of Africa. Mrs Gates raised this concerns wh
Read More