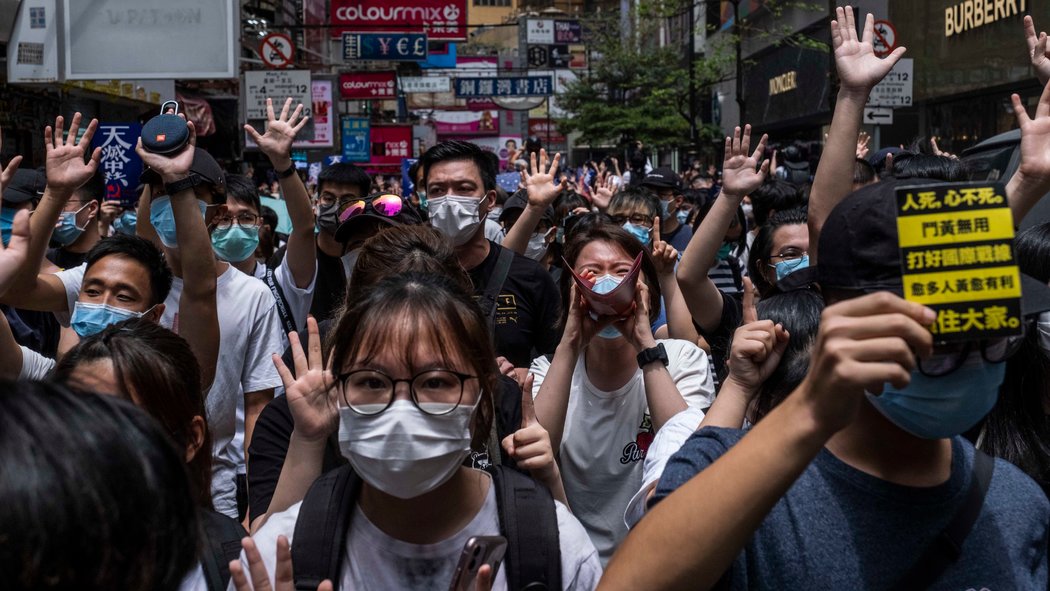 A Hong Kong cardinal told CNA that changes to Hong Kong’s status in China could threaten the religious freedom of Catholics and other religious believers.

The legislature of China on May 28 approved a resolution to impose new “security laws” on its formerly autonomous region, Hong Kong— a move pro-democracy protestors and Catholics in the country fear will undermine Hong Kongers’ freedoms, including freedom of religion.

The new laws aim to criminalize anything Beijing considers “foreign interference,” secessionist activities, or subversion of state power, the Washington Post reports. The laws also could allow Chinese security forces to operate in the city.

Cardinal Joseph Zen, Bishop emeritus of Hong Kong, told CNA that he worries that the new laws will be used to subvert the freedom of religion that Hong Kongers currently enjoy.

Hong Kong has had broad protections for the freedom of worship and for evangelization, while in mainland China, there is a long history of persecution for Christians who run afoul of the government.

Most needed at the moment is prayer, Zen said.

“We have nothing good to hope for. Hong Kong is simply completely under [China’s] control. We depend on China even for our food and water. But we put ourselves in the hands of God,” Cardinal Zen told CNA in a May 27 interview.

Hong Kong is a “special administrative region” of China, meaning it has its own government but remains under Chinese control. It was a British colony until 1997, when it was returned to China under a “one country, two systems” principle, which allowed for its own legislature and economic system.

Hong Kong’s openness to the outside world, and transparency in business and banking regulation, in contrast to mainland China, has made it a center of global business, banking, and finance.

China had announced May 21 a plan to enact so-called “security laws” affecting Hong Kong, with Chinese officials in Beijing saying that the National People’s Congress, the country’s legislature, would sidestep Hong Kong’s legislature and impose changes on the region.

The National People’s Congress’ annual session began May 22. After the May 28 vote, which passed 2,878 to 1, Hong Kong chief executive Carrie Lam expressed her support for the new measures.

The resolution did not specify a timeline for Beijing to implement the new measures, though some lawmakers anticipate that detailed measures will be revealed in the next few months, the Wall Street Journal reported.

Pro-democracy protests in Hong Kong— in which many Christians and Catholics participated— successfully rebuffed the legislature’s efforts last year to pass a controversial bill that would have allowed mainland China to extradite alleged criminals from Hong Kong.

Last weekend, protestors in Hong Kong turned out in large numbers to oppose China’s plans to impose the security laws.

Defying the city’s coronavirus restrictions— which currently prohibit gatherings greater than eight— thousands of protestors turned out on the streets May 24, with police arresting at least 180 and at least six protestors needing to be hospitalized because the police used tear gas and pepper spray, the New York Times reported.

More protests took place May 28 during which over 300 protestors were arrested.

Attendance was lower than the large-scale protests of last year, partly because of the virus, and partly because police are using more assertive tactics to quell protests before they occur, the Times reports. Protestors reportedly smashed at least one storefront and threw objects at police.

The citizens of Hong Kong are largely free to protest, though Hong Kong’s police have come under fire for harsh tactics in suppressing the crowds.

In January, China appointed Luo Huining as the head of the powerful Central Liaison Office in Hong Kong, who in April intensified calls for Communist China to exercise more control in Hong Kong by passing “national security legislation.”

Now that those tightened security laws have passed, the Commuist Chinese government is poised to have more power to suppress the protests in Hong Kong, which it sees as a direct challenge to its power.

Many of Hong Kong’s Catholic leaders, including Auxiliary Bishop Ha Chi-shing, have been publicly supportive of the protests. In April, the Justice and Peace Commission of the Diocese of Hong Kong called for the government to respond to the demands for which the pro-democracy demonstrators have been calling for months, which include an independent inquiry into police tactics.

Zen said although he believes many in the Catholic community in Hong Kong oppose China’s actions, he worries that the Vatican will appoint a new bishop, sympathetic to Beijing, who may not be as insistent on democratic values.

“Even our [Catholic] community is divided, as everybody in Hong Kong must take sides. Even families are split,” he commented.

The Diocese of Hong Kong has been without permanent leadership since January 2019, when Bishop Michael Yeung Ming-cheung died unexpectedly. Since Yeung died, the diocese has been led temporarily by Cardinal John Tong Hon, Yeung’s predecessor, who retired from the post in 2017.

When CNA reported in January that a decision to appoint Father Peter Choy Wai-man as Hong Kong’s next bishop had received final approval in Rome, local clergy and lay Catholics expressed worry to CNA that Father Choy is too sympathetic to the Chinese Communist government, with one source describing him as a “pro-Beijing hawk.”

Zen said he worries that Vatican Secretary of State Pietro Parolin will insist that the next bishop of Hong Kong have “the blessing of Beijing.”

“I think the majority of the faithful, the silent majority…they think that the authority is wrong. And you can just imagine, in all these years, with all the persecution increasing in China, with all the cruelties, the brutalities of the police on our young people— no word from the Vatican. No word. Not one word.”

“We rely on help from heaven…from the human perspective, we have nothing to hope,” he said.

On May 27, the US Department of State announced that, in light of China’s actions, it no longer recognizes Hong Kong as politically autonomous from China— a designation the region has enjoyed under US law since 1992. The announcement opens the door to possible sanctions against chinese officials and other measures including tariffs on goods coming from Hong Kong.

In addition, the United States, the United Kingdom, Australia and Canada issued a joint statement calling the move a violation of China’s obligations under the 1997 treaty that turned Hong Kong over to China, the Wall Street Journal reports.

Zen told CNA that Beijing’s efforts to undermine Hong Kong’s autonomy have not come as a surprise to him, because Chinese President Xi Jinping had already installed leaders in Hong Kong loyal to him and to the CCP.

“There is no more ‘one country, two systems.’ [China] didn’t dare to say it in those exact words, but the fact is there,” Zen said.

“Now, with the [legislature], they will legitimize all that they are doing.”

Still, Zen expressed some puzzlement at China’s most recent actions, which have led the US to declare that Hong Kong is no longer autonomous, because “everyone knows” that Hong Kong’s system is useful to China.

“Everybody understands that Hong Kong is very useful to China for the exchange of currency and many other things— investment by foreign enterprises…and now, they are ready to destroy everything, and we can do nothing because Hong Kong is a small thing— [China] can crush it as they like,” Zen said.

“I think the international community should feel a moral duty to [protect] this city, where we live according to international values. And also for their own interest, because the destruction of our system in Hong Kong is not good for anybody.”

Similar security rules have been proposed before; in 2003, the Communist government attempted to use Hong Kong’s own legislative and executive councils to pass the anti-sedition measures, but massive protests led lawmakers to abandon the proposal.

READ  Only the “fittest” will survive: The Nigerian youth at a time like now

Hong Kong’s Basic Law requires the city to pass its own laws against “secessionist, subversive” and other activities that threaten state security. But in 2003, the Hong Kong government started making a similar law but “in a very bad way,” Zen said— the draft of the law was insufficient, and the government allowed only a very brief consultation period.

“We are not against having a law, but we want it to be well formulated. Because the law they were presenting was against all our freedoms,” he said.

The situation is deteriorating after 2003, so there’s no opportunity for Hong Kong’s legislature to create a “good law,” he said.

“We would not accept any law made by a government that does not represent the people,”  Zen insisted.

“Because they promised democratic elections, but they went back on their promises…in this moment there is nothing in view that suggests a real, democratic election. And so I think now Xi Jinping is under pressure, both from the international community and also from inside China— from his enemies in the government— and so Hong Kong is kind of a thorn in his side. And so he just wants to get rid of that.”

The day after Beijing announced its intention to pass the anti-sedition laws, the Diocese of Hong Kong announced the resumption of public Masses amid the continuing coronavirus pandemic.

Churches remain limited to half capacity in Hong Kong; Catholics will still have the option of attending Mass online and receiving spiritual communion. 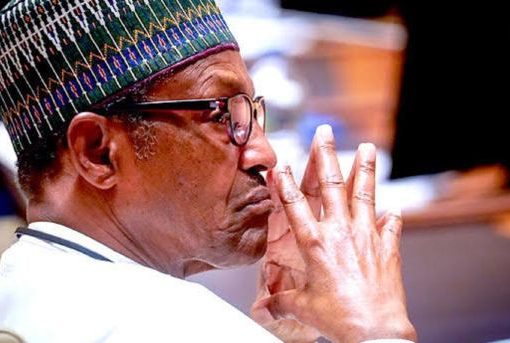 Coronavirus: Buhari seeks decongestion of prisons in the country

Following the raging coronavirus, President Buhari has called for speedy trials of cases to decongest correctional centers across the country In a letter to the Chief Justice of Nigeria, Ibrahim Mu
Read More 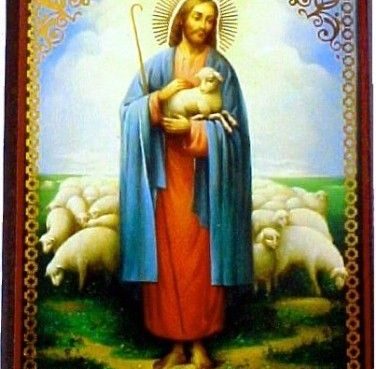 On Good Shepherd Sunday, do we hear, and do we follow, Jesus’ voice?

By Fr. Jeffrey F. Kirby This weekend is the Fourth Sunday of Easter, popularly called “Good Shepherd Sunday,” since the Gospel Reading at Mass highlights the pastoral aspect of the ministry of Jesus
Read More 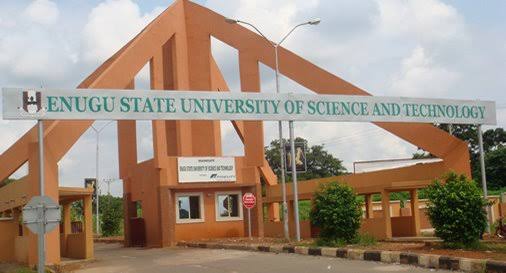 Exclusive: Inside the increasing fees in ESUT

By Chikezie Ogbonna and Emmanuel Ogbonna New students to now pay about half a million each Management defends fees, lists benefit The ensuing controversy over what has been termed as exorb
Read More