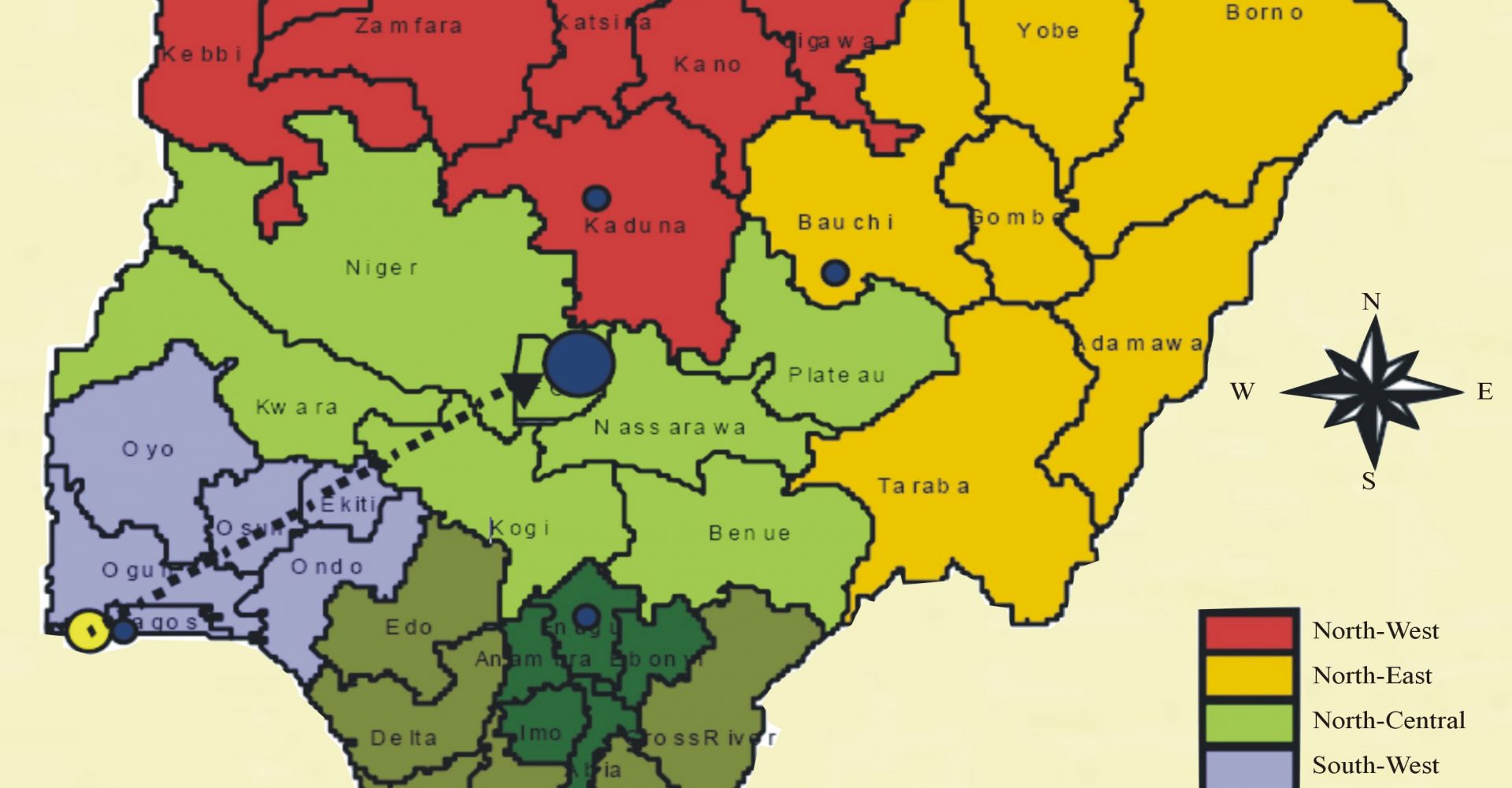 Pope Pius X11 commemorating the memory of the epoch-making encyclical quoted above, he saw the document as containing letters written on gold and

worthy of emulation by all. Towards the end of the

19th Century, the industrial revolution was well underway and as a phenomenon it brought in its wake a situation of abject poverty and despondency for the abused, dejected, functionalized and pauperized poor masses.

There was a tiny group of extravagantly rich people and a great multitude of unproductive workers whose situation was little better than slavery itself. In the face of such a scenario, there was a proposed common ownership of goods, in other words, a classless society where all would be equal.

The road to this classless haven was a class struggle which would eliminate private property.

The aim was to create a more equitable distribution of wealth-a kind of power to the people and there was arousing much attention on the part of the working class.

Today, the ominous signs of the time are challenges to today’s political, religious and professional leaders, to assiduously work for a classless Nigerian society.

Nigeria as a country has never had it as bad as now. All forms of criminality such as suicide bombers, kidnapping, killings, armed banditry, rape, official corruption and undemocratic nuances have brought it to the ground of infamy.

Still we are battling with indices of marginalization, victimization and oppression of some races especially Ndigbo. Here, we will be asking questions. What is the Church doing? Where are our Christian political leaders? Where are our professionals, students, marketing and Bar Associations?

In the Philippines for example, Cardinal Sin led the masses with their rosaries to the government house and sacked President Ferdinand Marcos.

In the struggle for freedom of workers and Polis people under late Pope St. John Paul 11,  Fr Jerzy Popieluscko led the Polish workers and people to freedom. Remember Rev Martin Luther king Jnr. in America who never allowed the conscience of putrid racists to rest. They were all influenced by the Rerum Novarum. Even in South Africa, Church leaders led blacks to freedom too.

Today in Nigeria, things have gone so wrong in all spheres of human life that Church leaders must unite with one voice to do the needful.

Catholic bishops of Nigeria have done a lot in that regard, to the extent of producing prayer against corruption which is working, and prayer for Nigeria in distress.

Not daunted, they have been organizing Rosary protest movements and hopefully God will hear us. The recent march protest by the Catholic Bishops of Nigeria in Abuja was an event that is still trending from a positive perspective.

Today, the unfavorable conditions of the Igbo people in particular and other Nigerians should attract the attention of all the churches in the country.

The socialist solution should be employed in the case of Nigeria, except in the issue of private property, which is the basic right of everyone.

Our religious leaders especially Christians and traditionalists should insist on a religio-political solution to the persistent Biafran wounds. In order to halt the excesses of sectional political marginalization, oppression and even industrialization without human face, our Church leaders must begin today to implement the wisdom contained in Rerum Novarum in order to influence our legislators to work for restructuring now.

In fact, the executive should be mandated to send an executive bill to the house for restructuring that will bring back regionalism as well as ending the wounds of Biafra.

As Pope Leo X111 took a prophetic dive into an immortal socio-economic and democratic revolution that facilitated formulation of principles and guidelines for a just society, so should our Church leaders create an enabling climate for regional, religious and political liberation.

The Church in Nigeria, therefore, should in line with the document take decisive stand that will be a dynamic reference point for social action in issues that threaten the country such as Igbo presidency, rotational, structure, true freedom, justice and equity, state police, regionalism, etc.

The Church already have an-in-depth analysis of our socio-political and economic situations, and should continue to voice out forceful words of disdain on present political misfiring typical of prophets and Pope Leo X111 who openly defended the rights of the working class.

They should come out in group and speak with one voice against Igbo marginalizatio, insecurity, and maximum wage and criminalized red tape.

Since our Igbo bishops stood by the Eastern Nigeria during the war,  by inviting some world powers and health organizations to the plight of Biafrans, our bishops today can as well reach out to the Vatican, U S, Germany, Israel, France, these are Catholic nations, etc. It will not be out of sync to call them to help us as the Fulani oligarchic people are bent on destroying and owning this country.

To heal the wounds of Biafra as well as turn around the future of Nigeria for better, let our Church leaders in conjunction with the laity insist on the implementation of the various Conferences’ results, the Oputa Abuse Panel, the 2014 CONFAB, etc.

This is the time for Church leaders to strengthen the ineffectual and inefficient leadership of the Christian Association of Nigeria, CAN as in the days of the outspoken Cardinal Anthony Okojie.

If our leaders in all ramifications do not come out strongly now, what will happen to Christians and non Muslims in the nearest future in Nigeria? Should the north continue to mislead us into more economic quagmire, political madness, avoidable killings, kidnapping, bomb-throwing, etc.

The Nigerian Church should join the Catholics in her prayers and processions now into all the government houses nationally.

We are tired of suicide killings etc. Now that the 2023 is around the corner and the north and south are crafting nets that may prevent Igbo presidency, we should foresee more ethnic cleansing, political eclipses, and even fragmentation of the country.

If the Igbo are denied the presidential ticket again, the country is likely to rock fragmentally.

Any society that dreams and drives for peace and tranquility, it must work unremittingly for justice and equity, equality and respect.

So if our bishops and the elite do not want such calamities, they must unite voice out their support for Igbo presidency, restructuring and social justice and equity. Let restructuring and Igbo presidency become the credo of every Christian which will be discussed in the streets, homes and via the media (c. Deut. 6:4). Let all cry out at the rooftops as our Master commanded. Our country has become so godless that our Church leaders and good Nigerians should tell our politicians in clear terms (Isaiah 58).

There must be a re-echo of Pope Leo’s words “no man may with impunity violate that human dignity which God himself treats with great reverence”. This is the time for the Church to talk about the 1966 pogrom; the genocide of 1967; senseless counter coup d’état , the callous murder of innocent Biafrans in the markets, churches and schools by federal troops during the civil war; the economic stings, the continued denial of an Igbo president of Nigeria and headship of strategic offices, membership of the security echelon, etc.

What has happened to mission and private schools under lock and key, even in this present day of democracy, so called? Are our Christian governors who always get blessings from the Church not part of that northern conspiracy? How many of our priests and faithful have been callously murdered by both locals and Fulani herders.

Have we asked for reparation and adequate punishments to the perpetrators? We must express gratitude to the Catholic bishops  especially that of Sokoto diocese, Most Rev Matthew Kukah, for outspoken prophetic bashing against the Federal government.

There must be a synergy of bishops  who will openly give orders to the Federal Government as regards human rights and good governance.

They should stand on the pinnacle of fatherhood in protecting and promoting the human organism and ensure his dignity is not trifled with. They must be respected as images of God.

They should ask why IPOB, a non-violent youth organization should be outlawed as a terrorist group when Fulani herdsmen and suicide bombers are given amnesty.

Finally, let the bishops talk to our Christian and political leaders about the above and give the appropriate blessings and encouragement in that regard. God be with us. 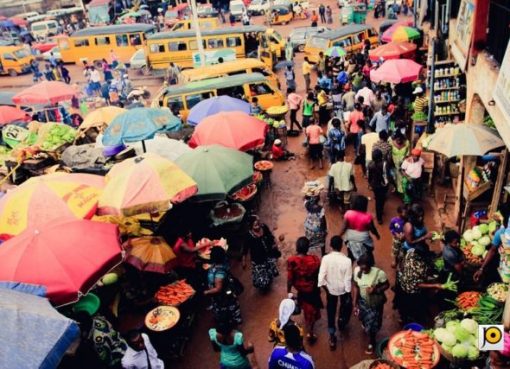 By Chinwendu Nnamani and Annastecia Isife Planting seasons every year is usually characterized by low supply of food stuffs like yam, plantain, fufu and garri as well as an almost surplus supply of
Read More 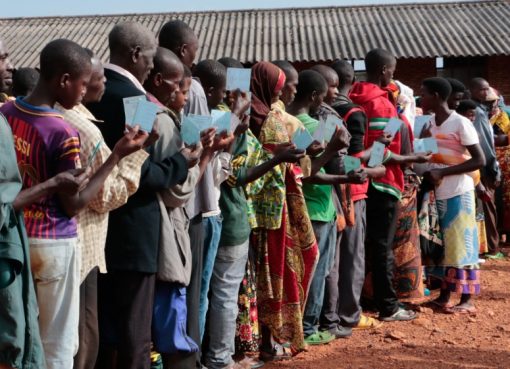 The Catholic Bishops of Burundi have denounced the country’s recent general elections, and alleged irregularities in the voting process earlier this month. The president of the Burundi Conference o
Read More 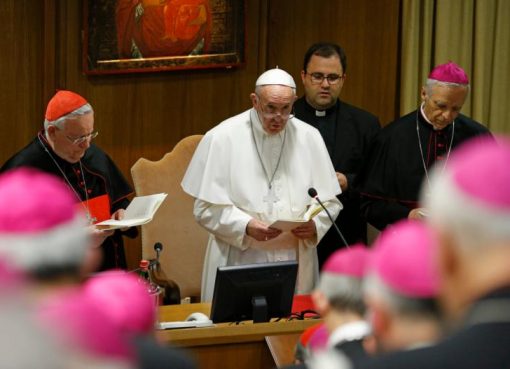 During Mass at the Casa Santa Marta on Tuesday, Pope Francis prays that people will prudently adhere to measures put in place for the easing of the quarantine so that the Covid-19 pandemic does not re
Read More