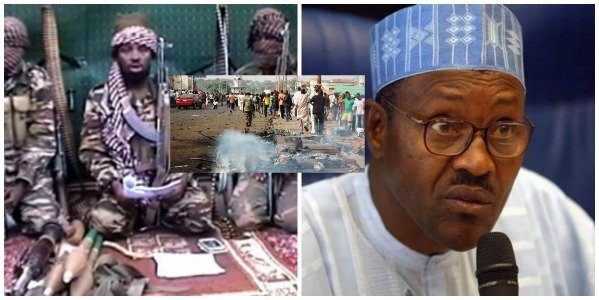 Recently, Catholic bishops, priests, religious and laity marched the streets of the capital, Abuja, clad in black robes, to protest the senseless killing of thousands of Nigerians by Islamic terrorists, and the general insecurity in the country. I was moved to see even the recently retired Cardinal Onaiyekan, who at 76 should be enjoying a peaceful retirement, marching with the rest of God’s people against the insensitive government of General Buhari. These are troubling times in Nigeria. It is particularly troubling for the Christian population of Nigeria and painfully troubling for the Christian minorities in the North who have borne the brunt of this orgy of violence, destruction, intimidation, deaths, and religious persecution. The situation in the country is so dire today that the National Christian Elders Forum is calling on former Christian military leaders to intervene to save the country from Islamism. Many others are calling for foreign intervention to save Nigeria from a total breakdown of law and order. Many Nigerians, especially the endangered Christian groups, are left with no other option than to protect and defend their faith, the lives of their members and their churches in the face of radical Islamic terror attacks and banditry which continue with impunity under different guises.

The saddest aspect of all these is that Nigerians have seemingly resigned supinely to this unacceptable status quo. We cannot accept the normalization of misrule and destruction of lives and property in our country. Nor can we accept the continuing destruction of our national wealth, heritage and hard-earned freedom under the present dispensation. I am definitely sure that when the history of the present federal government will be written, one will no doubt include in Buhari’s cv the shameful fact that through his strong arm tactics, he dampened the verve and vibrancy of Nigeria’s civil society; he has undermined our bourgeoning democratic and civic culture which helped to put the last nail in the coffin of military dictatorship in Nigeria. He also rolled back the gains of many years of struggle to develop the kinds of political culture and political socialization which could have helped the nation on her painful path to democratization.

Sadly, we were shortchanged in the process as a succession of military generals have continued to run this country directly through the presidency or indirectly through the entrenched iniquitous systems which they still control today. It is through this system and structure of privilege and power that the military has controlled the federal government which has remained in the hands of a few thin top layer of men and women who swim in the comfort of our national wealth, while the majority of the citizenry are drowning in poverty or walking the dry lanes of hunger, anger, and despair. Our Christian faith calls us to pray, but it also invites us to be alert against the forces of evil and to actively work with men and women of goodwill from other faiths to resist evil, and bring about justice, sound morality, and the entrenchment of those values and social ethos which promote, protect and preserve the common good.

It surprises no one that General Buhari and his henchmen have largely ignored the recent protest. He has not responded to the protest with any assurance that things will improve except his usual empty and effete threats against the recent killings of over 50 Nigerians in Kaduna. The President has ignored the cries of these giant men and women of God. He seems unmoved and untouched by the sight of these religious leaders who in a typical Christian prophetic manner were wailing on the streets of Abuja because they have watched with horror the killing of many predominantly Christian people in Nigeria and the displacement of millions of Nigerians. They have also seen hunger, anger, despair and frustration spreading like wild fire among the poor and the middle class in this richly blessed land.

The silence of General Buhari to this public denunciation of his regime is the typical Buhari approach. He does not care. He does not feel any sense of obligation or accountability to any Nigerian more so to the Christian population for whom he has shown no love or respect except in 2014 when he was desperately seeking for their votes. Buhari’s only fidelity is to his Islamization mission. This is because for General Buhari upholding, expanding and entrenching Islam in Nigeria, and advancing an Islamic agenda in Nigeria are the most important task which he has set his mind on. This is his primary concern. As a result, he vigorously and brutally neuters all kinds of resistance to his agenda and muzzles the Nigerian press just as he once did as a military dictator in the 80’s. He protects Islamic terrorists by appointing Islamic commanders of troops who are sympathetic to Boko Haram and other terrorist cells in the North. Our president knows how to protect himself and those people and places he cares about, while using the state apparatus—the police, EFCC or the courts, and the military—to intimidate his critics or bring his opponents to their knees. His is a silent presidency, which speaks volumes in the carnage that this country has become—a land of graves, tears, misery, deaths, hunger, violence, fear, uncertainty and suffering. His vaulted war on corruption is a national parody, and his war on terror is a national deception.

In marching in protest, clad in black, a sign of mourning and grief, and through their powerful utterances, the Nigerian Catholic bishops have spoken truth to power and unmasked the destructive and deceptive agenda of General Buhari. They are rightly confronting this complex and painful situation not only through this prophetic action of publicly protesting this unfortunate status quo, but also by developing clear lines of battle to confront this monstrous situation facing Christians and other Nigerians. While the National Assembly and the Judiciary have been neutralized and whereas the opposition party has been eviscerated and lacks any ideological and operational divergence from the ruling party, the Nigerian populace appeared to be voiceless and powerless until now when our bishops rose up to their prophetic responsibility. The Catholic Church in Nigeria has taken up the gauntlet of fighting the excesses and lawlessness of the ruling cabal and is holding the president to account. His day of reckoning has come and he cannot escape the harsh judgement of history today and into the future.

The Coalition of Northern Groups on Wednesday unveiled the symbols of  Operation Shege ka fasa, the security outfit that will tackle the kidnapping and banditry in the zone. The outfit, the group sai
Read More

Kidnappers on the loose against Priests

Over five abducted in just three months The state of security in Nigeria has become a huge concern for everyone in the country. Almost on daily basis, we witness cases of kidnap, armed r
Read More 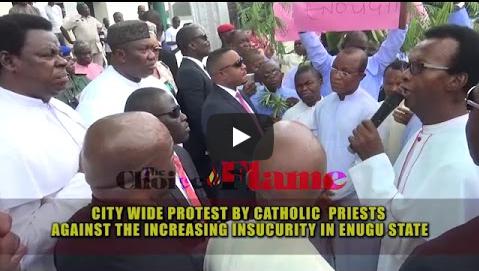