It was in in the ensuing heat of 2018 campaigns that the Igbos of the Federal Republic of Nigeria where hinted on a possible power shift arrangement by the Buhari led Federal Government that if supported by the Igbos, the 2023 presidency will be zoned to them. The Presidency sent out that message through the Secretary to the Government of the Federation, Boss Mustapha.

Mustapha was speaking to journalists after the meeting between Buhari and the South-East Governors at the presidential villa.

For the benefit of this article, it will be appropriate to quote him verbatim as he made the statement. Mustapha said: “This obviously might not be most appropriate time. You remember there was a programme in the South-East where Mr. President asked me to represent him and I flew the kite by telling the South-Eastern states that their quickest and easiest means to Presidency is to support President Muhammadu Buhari’s second term.

“Meaning that they can short circuit the period in terms of only having him there for another four years and whatever they do in 2019 will determine what will happen thereafter because politics is a game of numbers and it is like a cooperative society.

“You can’t negotiate from the point of weakness and I believe that that message resonated with the people and their response now is attributable to the fact that even before the flag-off of the campaigns, we have laid it bare on the table for Southeastern states to consider the prospect of working with us to ensure that at least by the time President Buhari finishes his second tenure, they can make a shot at the presidency depending on what they bring to the table.”

The clamor for Igbo Presidency has become a very strong demand from not just the people of South East, but from fair thinking leaders of the country from the various divides of the country who adjudges issues on its merit, the principle of fair hearing and equity as it relates to the different ethnic components that made up the republic.

Besides the call for “Yoruba Presidency” of the old, intended at the time as the proper placation for the deep ethnic pride hurt by the annulment of Abiola’s election, no other ethnic group has received such widespread verbal expression of support on this issue than the Igbos. It has become so commonplace today that any position directly endorsing the contrary view is likely to be immediately derided as both politically incorrect and insensitive to the political idealisms of our time. Why has this support not translated into electoral or even “major party nomination” victory for the Igbos? Is it really because of the reasons adduced by many, tending to blame the Igbos for their sorry lot? Or are there other constraints, not yet fully explored, that equally, if not more significantly militate against the Igbo Presidency Project

READ  THE UNHEALED SCARS OF THE NIGERIA-BIAFRA WAR: 50 YEARS ON

However said, the events of the 2019 general election clearly showed that the Igbo perhaps might be in a disadvantaged position in laying claims to the most exalted position of the country, the Presidency come 2023. Already, the ruling All Progressive Congress, APC,  haven witnessed a very poor outing in the region in the last election has already started showing signs of her intention to leave the South East region behind in the formation of the second phase of the administration. Judging from the trickling news coming from the activities as it regards to the leadership formation of the 9th National Assembly, the Igbo as a nation has practically been left behind in the arguments and political navigations as they leak in the news media. No wonder the idea of an Igbo Presidency is seen by many as a mirage that no right thinking Igbo with the current body disposition of the Buhari led administration should bank on.

Already, the political tunings for the 2023 Presidential election have commenced and the two major heavyweights have thrown the first few punches. One threw the first from Kaduna while the South West political heavy weight and Lagos almighty godfather have responded adequately through proxies.

The Igbos already known their place and are people who cannot be swayed by the cheap talk of supporting incompetence so that power could be shifted to them, that was evident in their mammoth support for the PDP Presidential Candidate, Alhaji Atiku Abubakar in the last general election. Perhaps, some might argue that, Atiku got the support from the Igbos because he picked Peter Obi a widely celebrated prudent leader of Igbo extraction and who’s popularity among the teaming young population across the country knows no bound. However, no matter how cogent that argument may be, the reverse was actually the case, they supported what they saw as competence.

READ  30th May sit at home: “I am not in opposition with IPOB” - Nnia Nwodo

Igbos has proven over the years to be people with little or no appeal for sycophancy. Their detribalized standards and quest for justice and equity have made them support many leaders that are not even of their extraction and hitherto did practically nothing for the region if compared to what other regions get from successive governments.

However, as the focus for the 2023 power game commences, the average Igbo man out there on the street cares less on who sits on the Throne of Aso Rock. Voices from the streets of the South East will always unit behind one thing which is Justice and a level playing ground for ideas and businesses to thrive. The Igbo man desires progress; he desires good leadership no matter the ethnicity of who is the President. The Igbo man desires to see that all parts of the country is treated equally, insecurity is stamped out and corruption is reduced to the barest minimum for true progress and development in the country. That is why when the likes of Rotimi Amechi, the Minister of Transport makes those kind of statements, the true Igbo man bothers less because he understand that even if power isn’t given to him, the people that have sized power and refuses to use it for the general good of the land will one day watch the power implode on them.

This, by no means imply that power is not important and the Igbos are not really ready to rule, far from it. However, the misgivings by the other tribes stoked by their leadership and a perceived wide spread jealousy dispositions to the Igbo race can make this project an actually dead on arrival move. That is why some have held the believe that 2023 Igbo Presidency remains an illusion that will never become possible. To solicit a very suitable solution to  a seeming impossibility, it will be cordial to site the postulations of Attorney Aloy Ejimakor based in Washington, DC United States, he said;

“In view of the foregoing scenario, I cannot help wondering why pundits are so quick to point to Igbo disunity as the major obstacle to Igbo presidency but seem so unwilling to concede the efficacy of the equal logic that Obasanjo won the first time despite the absolutism of his electoral rejection by his own people – the Yorubas. This makes the important point, and that is, despite this much blamed “Igbo disunity”, an Igbo man can still be elected president with or without the Igbo vote and support provided other Nigerians closed ranks, like they did behind Obasanjo, to support the Igbo candidate wholeheartedly. This brings me in total agreement with my American friends that the greatest obstacle to Igbo presidency does not lie with the Igbo or their disunity, as some non-Igbo Nigerians love to say triumphantly and dismissively, but with an “institutionalized” aversion to the idea by the non-Igbo political establishment that controls the levers of federal power in Nigeria. If you doubt me, go and prevail on Babangida, Atiku, and perhaps Marwa and Buhari to abandon their ambitions and rally behind Orji Uzor, RochasOkorocha or even Odumegwu-Ojukwu (despite his threatening antecedents), and see what will happen as a result. And what will happen will be more like what happened already when Obasanjo, a man just out of prison, and despised by his own people, was sought out by the establishment class represented by Babangida; the conservative north; the “intermediate” political leaders of the East in PDP; and the outgoing military, and then offered both the PDP nomination and Nigerian presidency on a platter. And while you are at it, recall that despite being public enemy number one to the apartheid regime, De Klerk and his fellow Boers wanted a Mandela they imprisoned for high treason as President, and they had their way in the face of stiff opposition by their erstwhile collaborators, the Inkathas, and their Buthelezi. That was the quintessential political debt owed and paid to a man who did no wrong other than crying freedom for his oppressed people. Therefore, what may be required to deinstitutionalize the Nigerian visceral resistance to the Igbo Presidency Project is not some covert planting of “a biological Igbo child” to be reared as a “northerner wanna-be”, but to isolate and harp on one major political debt the rest of the country owes the Igbos, in the hope that the resulting guilt will gather enough steam and momentum to bring the non-Igbo political establishment to “play ball” for a change. And truth be told, you do not need to look far to find those political debts because they are legion, in plain sight, and overdue to boot.” 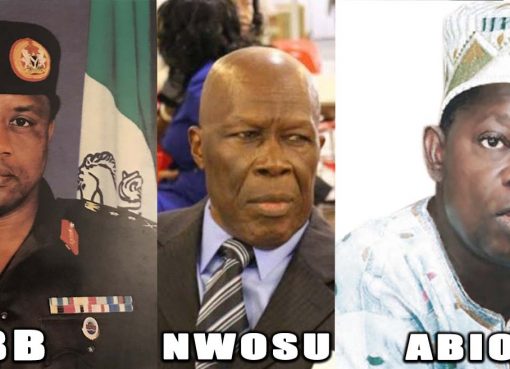 June 12: Why the Igbo man doesn’t seem to care

By Chikezie Ogbonna Ever wondered why June 12 isn’t received with much excitement in the South East? Over the years, it has been a cold memorial in the South Eastern region of the country as it se
Read More 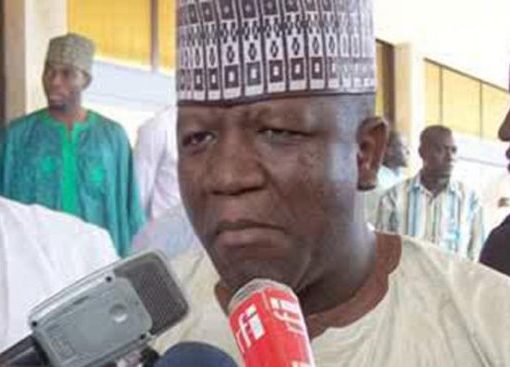 Use other measures, and ease the Lockdown now, it is doing nothing, – Yari to FG

A former governor of Zamfara State, Alhaji Abdul-Aziz Yari, has called on the  Federal Government to ease the total lockdown placed on Abuja Lagos, and Ogun states due to the COVID-19 pandemic, report
Read More 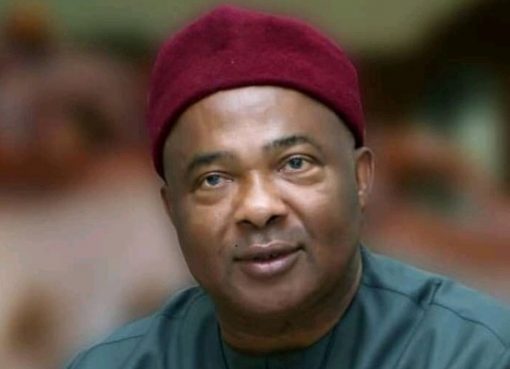